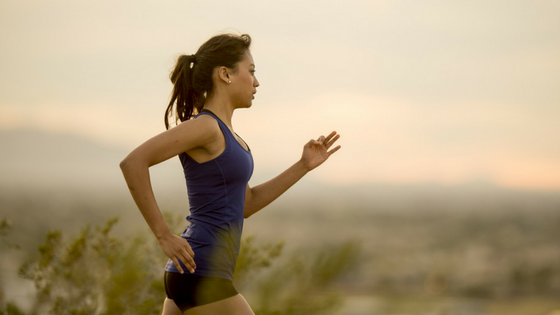 A structured exercise and diet regime is imperative to make the most out of your liposuction treatment and ensure that the unwanted fatty deposits do not return.

It is important to remember that liposuction is not a permanent weight loss procedure, but a way to contour or shape different parts of the body. Fat lying underneath the skin is removed by suction, and if care is not taken the fat will return.

Immediately after liposuction, you can expect a certain amount of swelling and water retention, but this subsides on average in two-to-three weeks. Doctors recommend that you do not undertake any vigorous exercises during this time.

For the best results a well-balanced diet, including carbohydrates, fruits, vegetables, and proteins, is a must and you should be careful not to overeat. A low salt diet along with drinking lots of water, at least two litres a day, will help the water retention, known as ‘oedema’, disappear faster.

Gentle walking with increasing distances is another great way to help move the oedema along, and exercise is crucial to gaining the best results.

Ideally, if you undergo traditional liposuction, you should wait at least three to five weeks depending on sensitivity to aerobic activity. It cannot be stressed enough that liposuction is not a permanent weight loss procedure and depending on where on your body the treatment is carried out, you will need an exercise programme to maintain it.

Toning exercises can be gradually increased generally from between two-to-three weeks after the operation. It is important for the body to heal first for the best surgical results.

Without regular exercise and a healthy, balanced diet, it is more than likely that the fat will return. A study published in the Journal of Clinical Endocrinology and Metabolism shows how problematic a lack of exercise post-surgery can be. Researchers at the University of São Paulo recruited 36 healthy but inactive women aged 20-to-35. The women were not obese, but all volunteered to have 2.5 to 3lbs of abdominal fat removed through liposuction.

Six months after the surgery half the women had regained fat — largely as visceral fat which accumulates around organs deep within the abdomen and is known to cause metabolic changes that increase risks for heart disease and diabetes. These women gained 10% more visceral fat than they already had before surgery.

The other half of the participants didn’t regain fat, as they had been randomly assigned to start exercising after surgery. While their counterparts remained sedentary after liposuction, these women started a four-month workout regimen, involving both cardio and weight-lifting three times a week. Not only did the fat not reappear, they ended up with less fat in their bodies overall. They were also physically fitter and showed improved insulin sensitivity.”

So yes, liposuction can give you a head start in looking like you have always wanted to, but without exercise and a healthy diet you will end up where you started – perhaps even worse off.

Dr Gupta specialises in micro lipo, which involves tiny holes (adits) of 1-1.5mm, that don’t need stitches like other liposuction techniques and these small holes close on their own in 2-4 days time. You can start normal activities based on your comfort level after this as you can’t damage the treated area with exercises. As a general rule, most patients can start their routine exercise after 2 weeks but if you feel good to start before that then there is no need to hold back.

How long after liposuction can I exercise?

Micro liposuction is less invasive than traditional liposuction, so generally we recommend 2-4 weeks but you can start earlier if you feel comfortable and ready for it.

Can I lift weights after liposuction?

Yes, but again, go slow and build up according to comfort levels.

Can I do squats after liposuction?

Yes, you can start whenever you feel comfortable, as we all tolerate recovery and discomfort differently.

When can I start walking after liposuction?

You can start walking immediately after the procedure. It is also beneficial to stay mobile as there is no need to be bed bound. Walking helps with the recovery process too.

Does walking help with the swelling after liposuction?

Walking helps in general with the recovery process. However, it can initially worsen the swelling if you had micro lipo on your legs, but you shouldn’t worry as it will go away on its own.