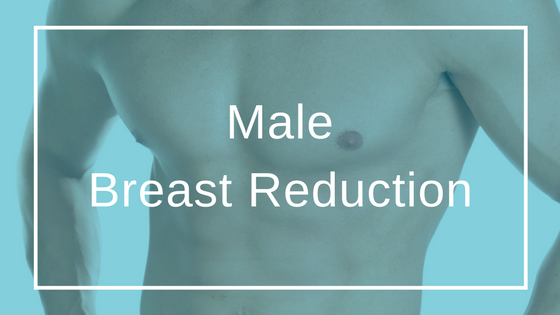 Male breast reduction is one of the fastest growing liposuction treatments globally. Thousands of men in the U.K. suffer from a condition called gynaecomastia which is basically an enlargement of the male chest area giving them the appearance of having breasts.

For most men, and in adolescent boys, this condition can be very embarrassing, resulting in a loss of confidence and low self-esteem. Young boys are often teased and suffer both emotional and psychological stress due to their bodies not being “normal.” This manifests through behavioural changes such as withdrawal, aggression, lack of social skills and others.

When the male breast becomes abnormally enlarged because of an accumulation of fatty tissue, this is called pseudo-gynecomastia. This condition involves a normal amount of glandular breast tissue – it is only the fatty tissue which has become an issue.

True gynecomastia is where a man’s breasts become enlarged because of excessive glandular breast tissue and is a less common condition.

Liposuction, and particularly microlipo (the tumescent liposuction using microcannulae) offers men a chance to reduce the size of their breasts in the least invasive way possible regaining control of their life and boosting confidence.

Liposuction is most effective for pseudo-gynecomastia.

With true gynecomastia, it is difficult to remove the dense and fibrous breast tissue with a liposuction cannula.

Most healthy men will have a large amount of fatty tissue and less glandular tissue. Both can be removed from male breast using microcannulas, which are also used in tumescent liposuction. These are extremely small cannulas with and inside diameter ranging from 0.9mm to 2mm and sometimes up to 2.3mm.

During the procedure a simple, painless injection of local anaesthesia is made into the area of the skin over the breasts. Multiple 1.5mm adits or holes are made using a biopsy punch, where a large amount of tumescent local anaesthesia is injected into the breasts. This helps to reduce the resistance of the glandular breast tissue to penetration by a microcannula. The dense tissue is most easily penetrated by the smallest possible cannula.

Local anaesthetic results in minimum scarring or bruising and a very short recovery time. Care will be needed following the procedure but it will not involve days out of work or staying static. In fact, the patient is likely to be able to get back to work within 2-4 days.

What Post-Operative Care Will I Need?
Following liposuction, the holes, or adits, are left open to drain as much of the blood-tinged tumescent anaesthetic solution as possible. The fluid is absorbed by pads held in place by a garment. We would typically use elastic binders on top of this for additional compression. A combination of devices makes it easy to apply a precise and adjustable degree of compression over the entire liposuctioned-area. It’s essential to carry out sufficient compression during the first 18 to 24 hours following surgery to avoid bleeding and excessive bruising.

Man boobs or ‘moobs’ as they are sometimes referred to, are a societal stigma and embarrassment. However, with tumescent liposuction men no longer have to suffer in silence.