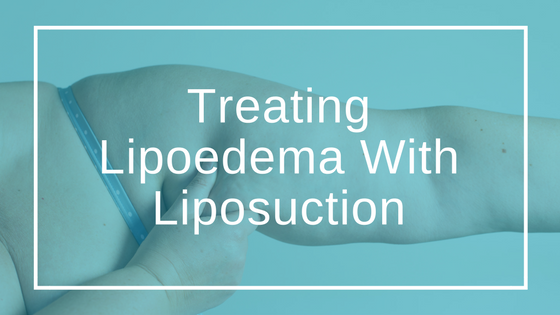 Lipoedema is a long-term (chronic) condition typically involving an abnormal build-up of fat cells in the legs, thighs and buttocks. The condition occurs almost exclusively in women, although there have been rare cases reported in men.

Any woman can have lipoedema, regardless of age, size or weight. It usually begins around puberty and continues to progress, worsening during pregnancy, hormonal changes and menopause.

Although lipoedema was identified in the 1940’s, it remains a poorly understood condition and sufferers are often relegated to being fat. The truth is that the fatty deposits are practically impossible to shift even through rigorous exercise and a healthy diet.

It is a debilitating condition that causes not only physical difficulties; sometimes even walking can be impossible, but it can also trigger tremendous emotional and psychological distress. Those who suffer from the condition often have low self-confidence and self- esteem and are embarrassed by their appearance. They can become withdrawn and depressed.

Microcannular liposuction, also known as tumescent liposuction, is one of the most
effective treatments for lipoedema sufferers.

How does it work?

Tumescent liposuction uses local anaesthesia, usually the pain-reliever lidocaine, and epinephrine, which shrinks blood vessels and minimize bleeding. The mixture is injected under the skin, and causes tissue to become very swollen and firm, or “tumescent”. It is then easier to separate the fat tissue from other tissue and remove it much more easily.

Once the medication has taken effect small incisions are made and tiny cannula, known as ‘micro cannula’ are inserted to suction out the swollen and firm fat cells. The small incision holes are left open after the surgery so excess fluid can leak out and disperse. Absorbent bandaging is applied to help absorb the leaking fluids.

One major advantage of tumescent liposuction is that it does not involve general
anaesthesia. This means less anaesthesia for the liver to metabolise and a faster recovery time. Some experts feel that general anaesthesia procedures should be avoided whenever possible in lipoedemic patients because it can paralyse and dangerously shut down the lymphatic system for a period of time. General anaesthesia also carries a higher risk of death and serious complications, especially in obese individuals. The advent of tumescent liposuction, using only local anaesthesia, represents a huge step forward in lowering the risk of this procedure, especially for larger people.

Lipoedema patients are often treated with a combination of tumescent liposuction and Manual Lymphatic Drainage (MLD), particularly in severe cases of lipoedema. MLD is a limited form of therapy that only helps remove oedema in the tissue or limb. After several treatments, the condition improves at an aesthetic level, but the fat volume remains the same. As a result, the unwanted body shape that has developed due to lipoedema remains the same. However, this is when tumescent liposuction can be used.

Because liposuction removes fat volume, the tumescent method will remove any fatty
deposits left behind by MLD treatment. With continuous treatment, patients could see great results and their figure has a higher chance of going back to what it looked like prior to the condition taking hold. Even if the fat is removed and the skin is improved, however, the underlying pathology of lipoedema still exists. Nonetheless, removing the visual signs of the disease and the accompanying fat deposits can greatly improve a patient’s quality of life.

Those who have this debilitating condition no longer need to suffer in silence. There is a viable and proven alternative that will change their life from a physical perspective making mobility much easier and have a positive impact on their emotional and psychological well-being.